Next Level Escape - Review of The Artefact 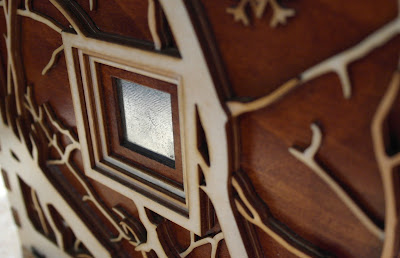 Back in November, my team had the pleasure of checking out Next Level Escape’s latest room, The Artefact.  This was the fifth room I have tried from Next Level Escape (and all of their rooms have been awesome).  So we went into this room with some pretty high expectations…

A summary from Next Level of their The Artefact room is below:


Your team of investigators has been conscripted by the FBI to investigate an alien artefact they've discovered. Sure, the artefact is doing strange things, but you'll have a non-malevolent, smart-ass AI to help you out. What could possibly go wrong?

Here’s what I really liked about the room:

·         as always, the puzzles were all awesome.  They were of the very high quality that I have come to expect from Next Level;
·         the puzzles were a really well designed combination of some high tech with some pretty low tech.  The room flow is also really well considered – I would describe the room as a non-linear room with points of convergence.  Our team was able to work separately on different puzzles and then come back together for certain key sections of the room;
·         there were some puzzle elements that we have never seen before in any other escape room, which is always uber cool;
·         Next Level design a lot of humour into their rooms.  There are a lot of tongue-in-cheek one liners and some laugh out loud moments along the way.  Anyone who has tried their Ex Libris room will know what I’m talking about – they have a very funny style and it is really quite different to any other escape room outfit’s style;
·         we managed to escape in a little under  48 minutes. Although this is a 75 minute room, I would not describe it as easy at all.  It is quite intricately designed with a large number of puzzles; and
·         a lot of escape room enthusiasts seem to really love high tech rooms (some even only enjoy high tech rooms and avoid low tech rooms).  I have come to enjoy both – I think a room can be great with either (or a mix of both), but for me the more important aspect is theming.  This particular room theme at Next Level lends itself to high tech, which Next Level have executed brilliantly.  However, they have also included some low tech puzzles that also perfectly fit the theme – I think the mix is really well-considered and makes for a fantastic room over all.

Other outfits that contain a lot of high tech puzzles, like Mission Sydney, Break the Code and CT Adventures, do the high tech pretty well but none of those outfits do theming nearly as well as Next Level.
I have nothing to report on the negative side at all.  Next Level are a great outfit who really care about providing immersive and well-designed experiences.  There are very few rooms in Sydney (or Australia) that will have you laughing out loud – both The Artefact and Ex Libris at Next Level will have you laughing, I guarantee it.