Review of The Enigma Room - In Memoriam Theme 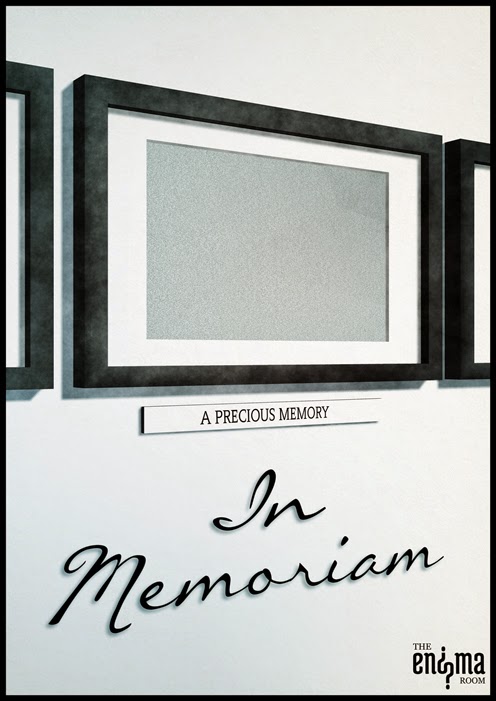 My group of friends (4 adults) checked out The Enigma Room's 'In Memoriam' room in March 2015. This was our twelfth escape room in Sydney so far.

We found the place very easily, thanks to an email they sent us the day before with directions and photographs of their entrance.  We were given a briefing by the owners, Matt and Barry before embarking on our attempt to escape from In Memoriam.

First off, I'll say what I enjoyed most about In Memoriam at Enigma Room:

I have nothing negative to say about In Memoriam.  We did significantly better in this room than in their other Dr Disaster room - I think we just got luckier in this room.  So from my personal experience, I think this room was the easier of the two (but I understand from Matt and Barry that other teams who have tried both rooms at Enigma Room have had the opposite experience to us).

We enjoyed every minute of In Memoriam.  High tech puzzles unlike anything we have seen, a great theme (that was really well-executed) and a heap of fun.

I personally think the puzzles are pretty tricky (compared to the other 10 rooms we have done elsewhere Sydney).  I think first-timers might find this room pretty difficult (although a heap of fun either way).  I'd suggest warming up on some easier rooms (at other escape room outfits) before tackling this one if you're an escape room newb.  In so doing, you will also really appreciate just how good this room is compared to most of the competitor escape room outfits.  It is a truly excellent room.

My group really enjoyed In Memoriam and we all agreed it was a 5 out of 5 room. 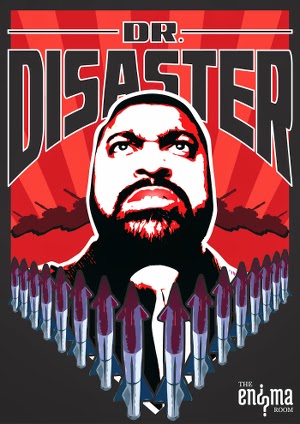 My group of friends (4 adults) checked out The Enigma Room's 'Dr Disaster' room in March 2015. This was our eleventh escape room in Sydney so far.

We found the place very easily, thanks to an email they sent us the day before with directions and photographs of their entrance.  We were given a briefing by the owners, Matt and Barry before embarking on our attempt to defeat Dr Disaster.

First off, I'll say what I enjoyed most about Dr Disaster at Enigma Room:


I have nothing negative to say about Dr Disaster.

Unfortunately for us, the puzzles were too good for us on the day.  Although we did manage to escape with 4 seconds on the clock (technically we escaped!), we had to ask for lots of clues to get out in time.  This was a shame (and completely our own fault in not being able to solve what were completely solvable puzzles).  The real shame was that we had to rush through the last 10 minutes and didn't get a chance to stop and enjoy those last few puzzles - we instead were madly running around.

I personally think the puzzles are pretty tricky.  I think first-timers would be pretty hard-pressed to escape this room (unless they ask for lots of clues).  It might be best to warm up on some easier rooms (at other escape room outfits) before tackling this one - but you should definitely give it a go.  It is an excellent room.

My group really enjoyed Dr Disaster and we all agreed it was a 5 out of 5 room. 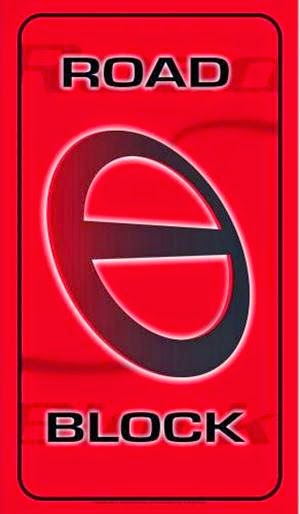 Whilst this is not an escape room post, it does relate to something that I think would be appealing to many escape room fans.

On my birthday this year, my sister bought me tickets to go on an Amazing Race in Sydney with her, my wife and our friends.  We were a team of 5 adults.  The race is run as an homage to TV's The Amazing Race (although they carefully avoid any copyright infringements).

On the day (March 2015), we arrived at our meeting point in Wynyard Park to find 16 other teams (who looked much fitter than most of those in my team, myself very much included).  There were teams dressed up in cool outfits, there were small teams (of 2) and larger teams (of 6).

We had lots of fun throughout the day - taking photos with various items in the city, trying to work out some puzzles and challenges as quickly as possible, embarassing ourselves by singing and dancing in public in the city, etc.  It's amazing how you lose your inhibitions when you're in a race and have your eyes on the prize!

Three of our team know the city pretty well (and I probably know it the best, having previously worked in the city for 10 years).  This definitely helped in finding the locations and puzzles.

In the end, our team was pretty fast.  We managed to finish the race in about 80 minutes (with other teams crossing the finish line over an hour after us).  However, they cleverly give you bonus puzzles throughout the day, which if successfully solved will give you time off the clock (eg one puzzle might give you 10 minutes off your total race time, etc).

In the end our total time, when factoring in all of the bonus puzzles that we did, totalled negative 19 minutes and we came in first (much to our own surprise).  There was only 6 minutes in it though, so we just scraped through!

It was a heap of fun.  As the winners, we are now invited to the "invitation only" Champions Great Race race later this year, which should be fun.

When I received the tickets for the Great Race on my birthday, I thought that it would either be really awesome or really naff.  Thankfully, it was the former.

I recommend this race for all ages, although you have to be relatively fit to (literally) run around the city for a couple of hours.  One of my team was wearing a pedometer and she counted that we had done about 12,000 steps (many of which were staircases and on uneven ground).

It's definitely a fun day out.  For more information, you can find the Great Race website here.

My sister managed to get a Groupon or Scoopon, which meant that the per head cost was around $25.  As always, it pays to be registered on Groupon and Scoopon.

I'd be interested in hearing anyone else's comments if they have been to the Great Race as well!

Thanks
Scott
Posted by Scott at 21:35 No comments: 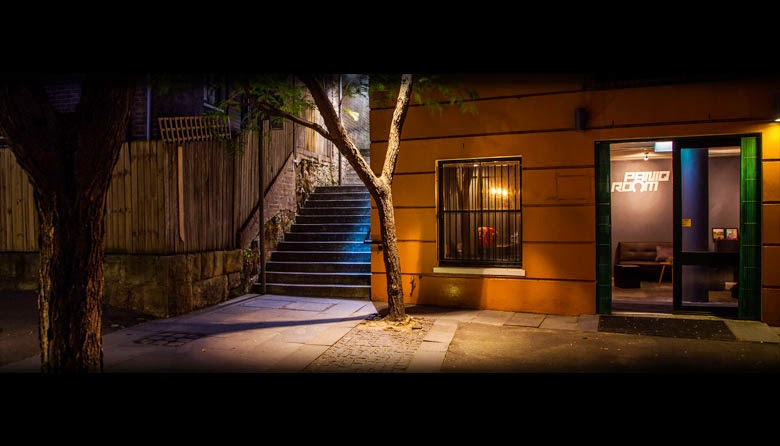 PANiQ Room is one of my favourite escape room outfits in Sydney and for a limited time, you can get a discount to one of their rooms!

The discount is available here through Our Deals (I had never heard of Our Deals before stumbling across them online).

The discount is only available for PANiQ Room's Abandoned Military Bunker at The Rocks room (and is not available for their Supercell 117 room).

It's not clear how long this deal is good for, so probably best to act quickly.  Once you get the voucher, you have until June 5 to use it (and bookings must be made by 22 May 2015).

I absolutely loved their Supercell 117 room, so hopefully the Abandoned Military Bunker is just as good!