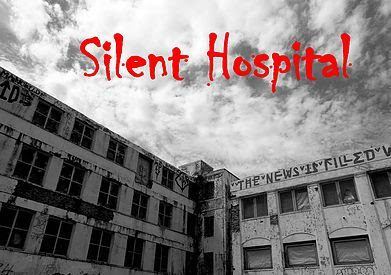 My wife and I brought along 2 newbies to try out a new escape room in Ashfield called Outlast Escape.

I wrote to the owners last year when they opened, asking for more information about their escape room business and despite a follow up, I'm still waiting on a response.

One of their rooms requires someone in the group to be able to read Chinese characters, which made me a little worried that the other rooms might have translation issues.

This was our 29th room in Sydney and 41st room in Australia.

As usual, I’ll start with a summary of all of the things that I liked in Outlast Escape's Silent Hospital:

And as for what I didn’t like:
This room was just “ok”.  As always, I judge rooms based on how much fun I had and overall, this was not a memorable room.  Our first-timers seemed to enjoy the experience, but it definitely was not a great room for anyone who has seen a truly great room before.  The puzzles didn’t make sense in the space, the room flow was not well-considered and felt like it had been thrown together and they used high tech just for the sake of it, rather than weaving a clever story with great immersion.
Give this place a miss. 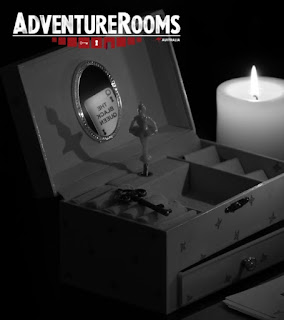 On a recent trip to Adelaide, I tried out 2 rooms at Adventure Rooms Adelaide.  See my separate blog post about their Gaol Break room here.  This blog post is about their second room that we tried (back to back) – Black Queen.

The Black Queen was our 40th room in Australia and our second room in Adelaide.

As usual, I’ll start with a summary of all of the things that I liked in Adventure Rooms Adelaide's Black Queen:
And as for what I think could be improved:
We really enjoyed this room.  Our first-timers also really enjoyed the experience and I think one of them in particular is hooked!  The game master was also kind enough to stick around afterwards and chat with us about how we did in the room and what we thought of the puzzles, which was great.

We got out of both Gaol Break and Black Queen in the same time (30 minutes), so I think for us at least, they were about the same level of difficulty.  I think on recollection though that Black Queen felt a little more difficult (we had more time where we were stumped for what to do next, whereas Gaol Break all seemed pretty straight forward).  Both are great rooms!