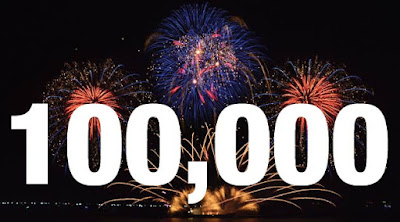 I receive lots of emails and comments each week from people telling me that they have found my blog useful, or asking me for recommendations for their particular groups.

A surprising number of people seem to agree with my reviews on most rooms (and most drop me a line after checking out a room that I recommended to let me know how much fun they had).

An experience in an escape room is VERY subjective - it depends on the group you are with, how much you are into the particular theme, how tired you are at the time of trying the room, etc.  And then there are the qualities of the room itself - the puzzles, overall room design, quality of game masters, whether you like hunt and seek fun or just straight puzzles, whether you like a linear room, etc.

I therefore don't think there is such a thing as the perfect escape room for all groups.  That being said, there are some rooms that get the fundamentals right and not surprisingly, they are the rooms that consistently impress groups of all types.

I hope to be blogging about escape rooms for years to come.  My true hope is that the:

Unfortunately, many first-timers try one of the latter rooms and it turns them off escape rooms for good.  It's such a shame!

Thankfully, more than half of the escape rooms in Sydney are great rooms run by really enthusiastic escape room owners.  And with a number of new escape rooms set to hit the Sydney escape room market this year, I'm hopeful that this industry will continue to grow for years to come.

Thanks all for reading my blog!
Scott

There is another new escape room outfit about to open in Sydney, this time in Newtown.  They are called The Cipher Room.

I've been in contact with Marise, one of the owners of The Cipher Room.  She tells me that they are currently putting the final touches on the build and have begun play testing.  They plan to open with one room to start with, called Espionage.  They plan to launch their second room, The Cabin, later this year.

The Cipher Room is run by Marise and David, Newtown locals.  Like so many escape room owners that I know (and escape room players alike!), their love of escape rooms stems back to their Myst and Riven days.  For me, it goes way back to King’s Quest (and later Monkey Island, Myst, Sam and Max Hit The Road, Day of the Tentacle and the list goes on)…

David and Marise make all of their own electronic, wooden and graphic puzzles, which is awesome.  There are few things better than home-made puzzles in an escape room.

See below summaries of their rooms from their website:

It’s 1945 and you’ve just been recruited as a spy. You receive an urgent message from another agent. She needs to meet you at a safe house where she's been conducting surveillance. Once you arrive, you discover that she's nowhere to be found. However, before she fled 'Agent M' managed to leave you a series of clues. You need to solve these puzzles to locate the secret she's been protecting.

Where did the agent go? Why did she leave in such a hurry? And what mission does she need you to complete?

You're a detective who's been investigating a serial killer case. One day you get a promising lead about a man from some nearby woodlands. He lives alone in an old cabin and, according to neighbours, he's been acting very strangely. You obtain a search warrant, wait for him to leave, and you and your team go in to investigate.
What is inside the mysterious old cabin? Have you finally found your guy? Can you get the evidence and get out in time?

The rooms sound very cool.  They are located at 640 King Street, Newtown.  Their aim is to make immersive gaming environments, with tactile and authentic puzzles and themes.

I'm very much looking forward to checking out both of their rooms!

Penrith gets its own escape room outfit - Escape Room 51

Penrith now has its own escape room outfit!  I grew up in Penrith and I was really pleased to learn today that Escape Room 51 has opened.

I've been in contact with Holly, the owner of Escape Room 51, who has told me that her business opened in March 2016.  They have made a conscious decision (at this stage) not to provide too many details about the room theme on their website, but from the description that Holly has provided to me, I think it sounds really cool.

All of the puzzles are home-made and designed and created by Holly and her cousin, who also runs the room with her.  Their room has been designed as more of a medium level of difficulty and so is particularly suited to first-timers or those relatively new to escape rooms (although that's not to say that more advanced players won't have a ball either).


I'm really looking forward to checking out their room!

I learned about a new escape room outfit that is coming to Sydney's CBD shortly (thanks Joan for letting me know!).

Next Level Escape is the brainchild of Aaron Hooper and Daniel Thomason, who are putting their tech and creative skills to good use in their 3 rooms, slated to open in August and September.

Here’s a quick summary of each of their rooms:


Ex Libris
Imagine you could visit the world of literature: fight alongside elves and dwarves as you the fate of Middle Earth is decided, travel 20,000 leagues under the sea with Captain Nemo aboard the Nautilus, curtsy to the Queen of Hearts in Wonderland – what fun!
But what if you couldn’t find your way back home…

The Artefact
A mysterious artefact with the power to destroy an entire civilisation, an infinitesimal chance to save the planet and everyone you love from certain death… it couldn’t be more dramatic if we tried! You’re an expert among the elite team of scientists tasked with the impossible. But heck, you know your stuff ­– what could possibly go wrong?

Blitz Room
Join Next Level Escape for a world-first opportunity: our Blitz Room. 15 minutes, 1–4 people, a room that changes every month, and incredible prizes for the best scores – what are you waiting for?!
Our first Blitz Room theme is Game of Thrones. You’ve watched the series, you’ve read the books; it’s time to take part in it yourself! Night gathers and now your watch begins…

The owners seem to share my crazy level of enthusiasm for great escape rooms (and old school PC adventure games), which is uber cool.

I’m truly intrigued by their Blitz Room – I love the idea of having an hour’s worth of puzzles but only 15 minutes to do your best.  Unlike anything I have heard of before.
They are currently hard at work building their rooms, which will be located at Level 2, 37 Bligh Street, Sydney.

I have a feeling these rooms are going to be awesome.

You can check our more info at their website here.  Also, look out for competitions on their website for the chance to win tickets to their opening VIP room sessions! 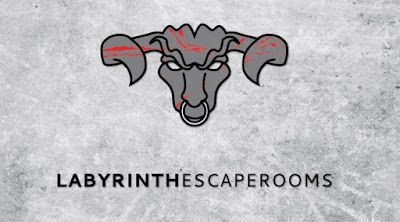 Labyrinth's much anticipated third room, Mexican Cartel, is about to open.

Here's the summary of their room from their website:


You’re a high ranking member of the powerful Mexican Cartel but when a deal goes south, the rival Cartel starts kidnapping your men.  Your boss sends you back to his house to get his passports to move his family and all flee the country.  As you arrive, you get ambushed and locked inside. You over hear their leader will get there in an hour to execute you, so you need to break free from the handcuffs, find your way around the house to get the passports and escape without getting caught!  Will you outsmart the rival Cartels before it’s too late?

I'm really looking forward to going back to Labyrinth to check out both the Mexican Cartel room and the Mad Scientist room.  I'm hoping to get there in the next month or two.

Also, Labyrinth are planning something very special for later in the year.  I'll post more information here once dates and further details are known! 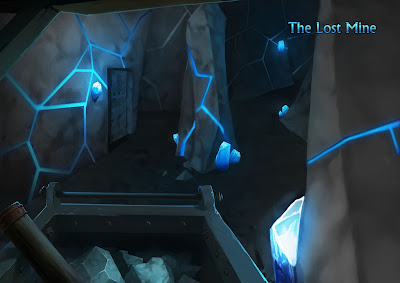 I have recently learned that Mission Sydney have just opened up their third room (thanks Joel).

I really enjoyed their first two rooms, Vampire Castle and Dr M.  Mission Sydney are known for their high tech rooms and I would bet any money that this third room will be no different.

Here's the summary from the website of The Lost Mine:


While shopping at a Sunday market, you come across a widow trying to sell her husband’s belongings. Out of curiosity, you start up a conversation with her.

Her husband had grown up an orphan and faced many difficulties throughout his life.
Without any experience, he was offered a highly paid job as a worker in a remote mine. Shocked but overjoyed, he threw himself into his work.

One day he returned from the mine with a purple crystal and quit his job. He became taciturn and reserved, refusing to say why he quit. Years later, he fell ill and passed away, leaving a diary and a voice recorder among his belongings. His wife decided to sell them along with the crystal to make some money.

Seeing the crystal’s value, you purchase all the items and conduct research. You discover that this kind of crystal is extremely rare and are sold for a very high price. These crystals were mined by an ancient underground civilization. The people and its ruler have vanished from record and no crystals have been found ever since.

Driven by your curiosity, you travel to the mine he worked, hoping to find more crystals and uncover the mystery of The Lost Mine.

According to their website, The Lost Mine is also their hardest room, with just a 15% success rate.  You also need at least 3 adults in your team for this room (and a maximum of 7 players).
Normally we would wait about a month (so they can iron out any kinks) before checking out this room.  However, their website says that they don't allow children, pregnant women or certain disabled people (presumably due to challenges in the room design or scary elements?).
My wife is almost 6 months pregnant, so it looks like we won't be checking out this room until after October.  I'd be grateful for any spoiler-free comments from anyone who goes there between now and then though!

The only negative I'll say though about The Lost Mine is the price!  The room is $240 for 4 people, which equates to $60 per head.  Despite the fact that their rooms are of a very high quality, I'm not sure too many people would be willing to part with that much money when there are so many other great escape rooms in Sydney that are around $35 per head.

I get that this room is (up to) 90 minutes long, but $240 is too much in my humble opinion.   I think $50 per head is probably the absolute limit, and even then I'm going in with VERY high expectations at that price.  At $60, I'm not sure they could meet my even higher expectations.

Time will tell though...