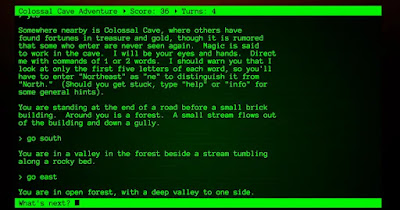 Back in June 2021, I played an online room with some escape room enthusiast friends of mine from Australia and New Zealand.  This was a first for me - it was an audio escape room experience.  The "room" is called Commune with Nature and it was designed by Scott Weiss, a puzzle enthusiast, Jeopardy winner and an Associate Professor of Computer Science based in Maryland, USA.  It was my 188th escape room experience.

For those of you who aren't aware of audio escape rooms, they reminded me of a text adventure game from the 1990s (only in audio format).  For those of you old enough to remember, text based adventure games had no graphics - they simply explained the scene to players wholly by text (something like "you have walked into a large cave, with doors to the left and right, a large chest in the middle of the floor and a lamp on the chest".  It was then a matter for the player to decide what to do, which they did by typing in "open the door on the left", etc.  It was all pretty primitive, but strangely immersive and addictive.

Audio escape rooms have a similar sense of immersion (and addictiveness), but the main parallel with text-based adventure games is that there are no visuals (other than from time to time some visual aids).  So much is left to the player's imagination. Many of you will have heard of Escape This Podcast, which is ran by Dani Siller and Bill Sunderland.  Dani and Bill have been designing audio escape rooms for some time and are now in their 10th season.  You can listen to their podcast where they take players through their audio escape rooms and you can even download the notes and visual aids from each room and host you rown audio escape room with your friends.  You can (and really should!) check them out here.  https://www.escapethispodcast.com/

At the time that I played Commune with Nature, I had never tried an audio escape room.  So I really didn't know what to expect.  Scott, our host, begins by explaining the room layout and various things in the room that we might want to investigate further.  He was live hosting on zoom (or Google Hangouts, I'm not sure) and at different times he would provide us with visual aids for the room layout or for different puzzles.

The experience was incredibly fun.  It's really interesting how room flow and puzzles can be designed with little or no visual aids.  We found it helpful (or at least I did) to sketch the room layout and label different things as we were playing.  As with any escape room experience, there were tricky puzzles to be solved and some hunt and seek fun as well.

I have since listened to Scott and his daughter host The Escape This Podcast crew through Commune with Nature, which was fun to listen to.

I really enjoyed Commune with Nature.  So much so that after playing online, I then printed everything out for my team and one night I hosted them through their first audio escape room.  I think they enjoyed the experience (and I'm hoping to try some more out with my team soon).

For anyone interested in trying out an audio escape room, you can contact Scott Weiss here to play one of his rooms (he is an excellent game master and the price is only $15USD), or you can check out the many different audio escape rooms at Escape This Podcast here. 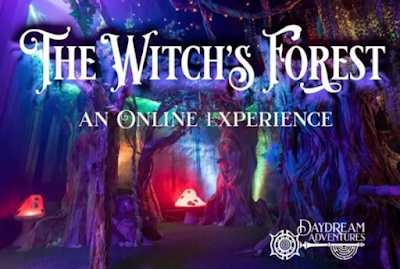 In May 2021, I learned that a highly-rated live avatar escape room in Canada was about to close down one of its popular online rooms.  So I quickly jumped online and booked a session for my wife and 2 young daughters.  The room was called The Witch’s Forest from Daydream Adventures, who are based in Toronto.

The Witch’s Forest was my 186th room to date.  The theme of the room is as follows:

In a realm of dreams and magic, a trickster has upset the witch who lives here. Hilda has been away from the forest. Upon returning home, Hilda discovers someone has mischievously interrupted what she was working on. She is locked out of her cabin. She suspects a human may have done this, as she knows many humans detest her. In this realm, spirits often watch and listen. Spirits of the forest, such as yourself, are very wise. A witch calls upon forest spirits for guidance. When Hilda calls for your help, your spirit can tell Hilda exactly how to undo the trickster’s mess.

Here’s what we thought about The Witch’s Forest:

Unfortunately, The Witch’s Forest has since closed down (and by the looks of it, has been replaced with a new room called Dream Portal.  Currently the 2 rooms available at Daydream Adventures are in person only rooms.  However, at the time of writing this review, their website says that they are looking to again provide online options (due, I assume, to current Covid lockdowns in Canada). 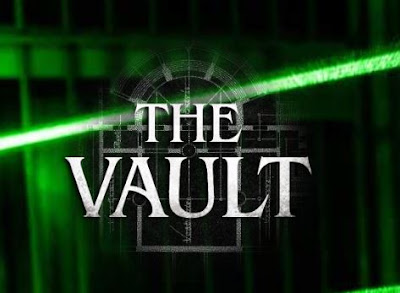 In May 2021, I played an online escape room with other escape room enthusiast friends of mine from Australia and New Zealand.  The room was called The Vault from Sherlocked Escape Rooms, who are based in Amsterdam, The Netherlands.

The Vault was my 185th room to date.  The theme of the room is as follows:

Form a team of highly skilled thieves to steal a mysterious object from a heavily protected safe. Should you get caught, we will deny any knowledge of this operation.  This is not your average escape room. The Vault requires you to think on your feet, bluff your way past guards and think outside the box.

Here’s what we thought about The Vault:

Our team enjoyed the experience.  We also had a long chat with the game master after our escape, which is always fun, talking about the history of the beautiful building.  I wouldn’t recommend this room for younger audiences (as there are some poorly-lit sections), but playing remotely likely takes away the scary factor somewhat.

Since we played The Vault, Amsterdam has come out of lockdown and so the game is available for in person players.  However, according to their website at the time of (finally) writing up this review, they are still offering The Vault as a live-avatar experience by appointment only.  So, if you’re interested, you can send them an email to line up a time to play remotely.  I’m also not 100% sure of the price (their website provides that the price is 169 Euros for 4 players, but this might be cheaper as a remote room. 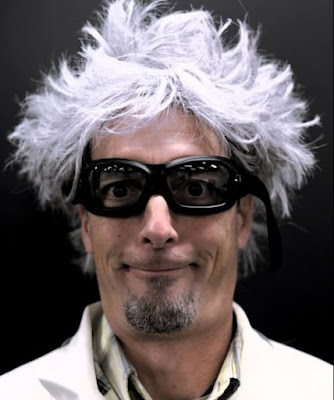 Back in April 2021, the “lite” version of my team went and played Disconnected by End Game Escape.  They are based in Frenchs Forest, which is about a 25 minute drive from the Sydney CBD.

My wife had already played Disconnected with my daughter, cousin and aunty, so I went along with the other 2 members of our usual 4 person team.  Disconnected was our 184th room to date.  Here is the room description, from their website:

Welcome to The Lab. It belongs to mad scientist Prof Dr Ludwig Von Zweistein. He’s a leading quantum physicist who has gotten stuck inside his electronic mobile phone. For the last two weeks we’ve been trying to get him out and now our circuits are fried. We’re looking for a fresh young group of scientists to rescue the good Doctor. And if you don’t… well it’s not going to look good on your recommendation letters.

Here is what we thought of Disconnected:

I would describe Disconnected as being on the easier side.  We escaped in about half the allowed time (very close to the record for the room).  Given the theming, this room is therefore best-suited I think to newer players and family groups.  For more experienced players, I think the room could do with at least a few more puzzles (but I totally appreciate that their target market is likely newer players). 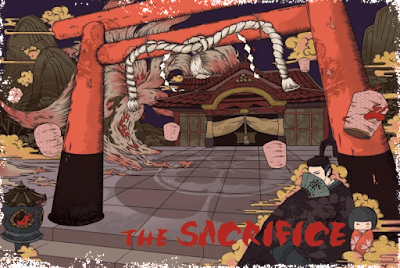 My team returned to Mission Sydney in April 2021, having last been there in October 2019 when we played Trapped.  You can check out my reviews of all of the other Mission Sydney rooms here:  Vampire Castle, Dr M, The Lost Mine, Unstoppable and Trapped.  This time we were back to play their latest room, The Sacrifice.  All 5 of our previous experiences at Mission were really enjoyable, so we had high expectations going in to play The Sacrifice.

The Sacrifice was my 183rd room to date.  The theme of the room is as follows:

Your friend who loves investigating old folk tales and mysteries, tells you about an old legend that he is looking into. He travels to where the legend originated, but disappeared and never came back.

He never said too much on what the investigation was about, only ever mentioned that it was an old legend involving a mythical creature. If this creature was to be found, then any wish can be granted.

With limited knowledge on the situation, you go to his studio hoping to find out more about his investigation and his whereabouts.

Here’s what we thought of The Sacrifice:

My team all really enjoyed The Sacrifice.  I think it’s probably my equal favourite Mission Sydney, together with Unstoppable.  The theming is excellent, the immersion is up there with the best and the puzzles are all really strong.  It’s not for the faint of heart, but if you enjoy a good scare and a great, immersive escape room experience, this room is definitely for you.