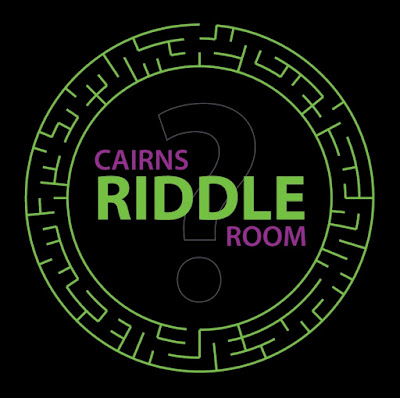 A quick note to let you all know that if any of you are heading to Cairns, they now have their own escape room.  Owned and designed by Roland, Cairns Riddle Room is a standalone business.

They have opened up with just the one room so far - the summary of the room is as follows:

After years of investigating you and your soldiers have finally discovered the identity of the doctor who had been performing illegal experiments on patients at the military hospital. His descent into madness was obvious by the gruesome bodies he left behind.
You finally enter the hospital, ready to apprehend him, when the doors slam shut. You realize you are now part of his mad game, and need to escape before you become his next victims. ..

I happen to be heading off to Cairns next week for a family holiday, so I'll report back here shortly with my review of The Military Hospital.

I was contacted in January of this year by Patrick, the owner of a new escape room in Newtown called Second Telling Missions (STM).

STM is a little different to any other escape rooms that I’m aware of in the Sydney (or Australian) market so far – their games are based on historical, factual stories and are led by an actor who will form part of your team while in the room.

They are opening up with just the one room to start with, but a second room is planned to open very soon (they are currently beta testing the second room).  The room summaries are below:

First Room - Rescue the White Rose
18 February, 1943. Hans and Sophie Scholl, members of the anti-Nazi resistance organisation the White Rose, were arrested a few hours ago. A member of the group who has yet to be arrested asks your team, as clean-skins, to go to their basement to retrieve a full list of White Rose members before the police have a chance to search the basement and find it themselves. The group was careful to put some security in place, so your team will have to find ways around it. The fates of the members of the resistance organisation are at stake. (For 2-7 players)

Second Room – Sabotage the Enigma
February, 1943. One of the White Rose’s leaflets called for Germans to sabotage the doomed war effort so that the war could be brought to a close as soon as possible. Your team has been contacted by a resistance organisation and asked to break into a top-secret army communications centre and sabotage the Enigma key-distribution mechanism. There is only a narrow window of opportunity to do it – one hour – but the mission could change the course of history. (For 2-6 players)

I’m uber intrigued by the thought of having an actor in the room with us and how that would work.  The best hint delivery system I have seen to date has been the “voice of God” system, where players simply speak out loud and a response comes over the loud speaker.  Next Level Escape uses a narration style voice of God, where the voice on the speaker is "narrating" the story of the escape room players working through the room, in a tongue in cheek method, to provide guidance and hints– this is the best system I have seen hands down.

However, having a live actor in the room sounds like a whole different level of immersion.  My very first escape room was years ago in Vegas (before escape rooms were a thing) and they had a live actor with us for the entire 4 hour game (which involved traveling by minivan to 4 different sites).  It was awesome – the live actor allows the game master (ie the actor) to see exactly what players are doing, what puzzles they are stuck on, etc.  The only risk with this system I think is that because the game master is there in the room with you, players might bombard the game master with hint requests rather than figure things out by themselves.  Game masters have such a huge impact on players' experience in an escape room, but a game master who is in the room with you would absolutely make or break the experience I think.

I’m hoping to check out STM’s first room in the next couple of weeks and as always, I’ll report back here with my review.  You can check out their website here.