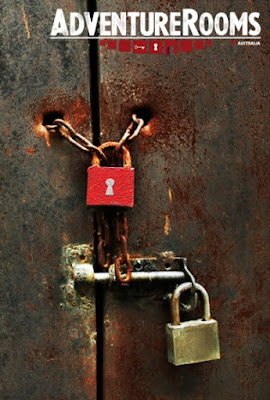 We did 2 rooms back to back.  The first was their Gaol Break room and the second was their Black Queen room.

Gaol Break was our 39th room in Australia and our first room in Adelaide.

As usual, I’ll start with a summary of all of the things that I liked in Adventure Rooms Adelaide's Gaol Break:

And as for what I think could be improved:

We really enjoyed this room.  Our first-timers also really enjoyed the experience and I think one of them in particular is hooked!  The game master was also kind enough to stick around afterwards and chat with us about how we did in the room and what we thought of the puzzles, which was great.