On the Australia/NZ Escape Room Enthusiasts Facebook page, I learned about a pop up escape room that BMW had arranged over a 2 day period at the Sydney Opera House (thanks Craig Whitmore!).  Tickets were free and were all snapped up very quickly.

I managed to secure a time slot for 6 people on the opening day.  The room is based on a space theme where players need to find a missing second moon.  For this escape room, I brought along 5 of my work colleagues (only one of whom was an experienced escape room player - most though had never been to an escape room or at most had been to only one or two rooms).

The escape room had been constructed beneath the Sydney Opera House.  To get there, we walked down some "secret" corridors near the Opera Bar.  It was really cool and it assisted in setting the scene.  I didn't appreciate how cool the corridors beneath the Opera House are - they are largely cut straight out of sandstone.  Similarly, the pre-game briefing area was a room with a bar in one corner and sandstone everywhere.  Below is a photo of the hidden corridors: 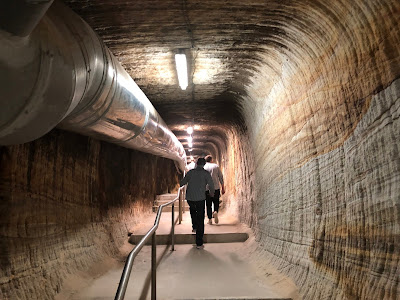 This was my 94th escape room in Australia and my 64th room in Sydney.

I went into this escape room really not knowing what to expect.  I have been to some fantastic pop up escape rooms (Jetpack Theatre's Art Heist was a great example). I was hopeful that this would be a decent room given that it was being put on by BMW (who aren’t exactly short of money), but you never really know.

Before we went into the room, we were offered free drinks and were given some puzzles to play around with.  Then, when it was our turn, we were taken into the rooms.  The experience had been created inside an area surrounded by curtain walls.  There were 3 separate rooms in total.


I normally don’t give any spoilers in my reviews, but given it was a pop-up that is not to be repeated, BMW were happy for us to video the whole thing and to tweet about it.  So I will go into detail a little more than I normally would…

The background to the room is that players are trying to find a second moon.  We had an actor with us for the whole experience.  His role was some mysterious, not-of-this-universe character who didn’t say much.  And this guy was VERY into his role.  I suspect an aspect of his role is to also provide non-verbal clues to players, but we were out so quickly that he didn’t get a chance.

Over all, there were probably only about 5 or 6 puzzles in the experience, which was set up into 3 separate rooms.  The first room required players to find and place three coloured rocks in a specific order on plinths.  Rather than have any Arduino or Raspberry Pi going on in the background, the actor simply yelled “Zanthos” when we had solved the puzzle (the only word he seemed to know) and the door to the second room magically opened.

A standout puzzle for me was in room 2.  There was a tree with a bow and arrow with a note that said something about "taking a bite".  There was also a wall that was covered with black velvet with a small hole in the middle.  When I put my hand in the hole, there was a hidden figure on the other side of the velvet wall who grabbed my hand.  Eventually, the mysterious figure handed me a golden apple through the velvet hole.  I managed to convince one of my team members that she should take a bite out of the mysterious golden apple (which we later learned was some sort of gold and vanilla paint job that was indeed edible).  The second she bit into the apple, “Zanthos” and the next door opened.  It was a cool puzzle and officially ticked off my bucket list of having an escape room puzzle that requires players to consume food.

The last room was the most visually spectacular.  There was a sunken section in the middle of the room that was lined with a mirror.  So, when we all leaned over, round globes hanging from the ceiling looked like a light and dark moon (which was of course our mission – to find the second moon).  See picture below of what I’m talking about:

The final puzzle related to a clock with roman numerals.  By memory, we had to figure out the time on the mysterious second moon.  I ignored all that and remembered that this escape room had been designed to advertise the new BMW X2, so I pushed the clock to midnight (or XII) and “Zanthos”, we were out.

It was a VERY quick experience.  I think we were out within about 7 minutes all up.  It was still a lot of fun and as always, I enjoyed the opportunity to introduce new people to the world of escape rooms.

Over all, the theming was well done - the props were all pretty high end.  The mirrored puzzle and apple puzzle were the highlights.  It was also cool that they used a live actor for the experience (which is still a pretty rare thing in Australia).

I really like that companies are starting to use pop up escape rooms to advertise their wares.  I have seen this happening more and more (particularly overseas), so it’s cool that Australia is getting on board.

Overall Rating:       Nice theming with a live actor but too short! 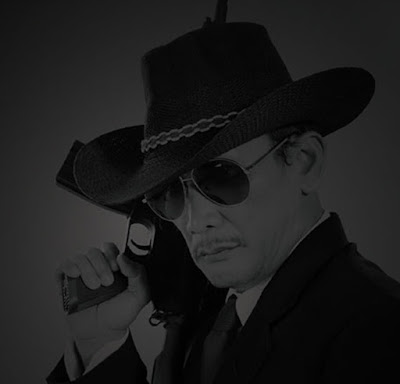 The summary of Mexican Cartel is below (taken from their website):

You’re a high ranking member of the powerful Mexican Cartel but when a deal goes south, the rival Cartel starts kidnapping your men.  Your boss sends you back to his house to get his passports to move his family and all flee the country.
As you arrive, you get ambushed and locked inside. You over hear their leader will get there in an hour to execute you, so you need to break free from the handcuffs, find your way around the house to get the passports and escape without getting caught!
Will you outsmart the rival Cartels before it’s too late?

Labyrinth has now been open for more than two and a half years.  They previously had a Mad Scientist room, which we didn’t manage to check out before they replaced the room.  They currently have three rooms open – Insane Asylum, Japanese Horror and Mexican Cartel.

Mexican Cartel was our 93rd room in Australia and our 63rd room in Sydney.

First off, I'll say what I enjoyed most about Mexican Cartel at Labyrinth Escape Rooms:

a)     we had a lot of fun.  There were some parts that had us running around like crazy people, and others where we had to be quite dexterous - all aspects were a lot of fun;
b)     the theming is pretty strong – the props look really good.  There are some dark spaces in this room and some aspects which aren’t suitable for young kids (I personally wouldn’t bring my 5 year old to this room).  But I think this room would suit older kids (say 10+) who are mature, with supervision;
c)     as with all Labyrinth rooms, there is a great mix of high tech and low tech puzzles.  Some are fiendishly simple – the type that make you want to give yourself a forehead slap when you figure out the solution.  Others require more than one step and are certainly more detailed;
d)     all 3 rooms that I have tried at Labyrinth have elements that remind me of more traditional Hungarian escape room style puzzles – these typically involve lower tech puzzles that are quite manual and visual.  There are two puzzles in Mexican Cartel in particular that require players to be quite dexterous.  This kind of puzzle might not suit all teams, but I personally enjoyed them a lot;
e)     there were two aspects in Mexican Cartel that I had never seen used before in an escape room.  It’s hard to talk about them in detail without giving any spoilers, but one related to a method of finding drugs and another involved using a common kitchen appliance as a puzzle.  The second was a real stand out for me in this room;
f)       Labyrinth use the voice of God system for communications between players and the game master.  We asked for one hint for the final puzzle and the voice of God system worked very well for us.  I think this system is the best form of communications in escape rooms (except perhaps for those few rooms where the game master is an actor inside the room with you, but these are currently very rare).
As for some of the improvements that could be made to Mexican Cartel, there isn’t much to report here.  There are a couple of puzzles, which although being really cool, don’t 100% fit the theme of the room for me.  Although they look great and are a lot of fun, these puzzles really are just puzzles for the sake of puzzles that could have been used in any room theme (rather than one specifically relating to a cartel).  Don’t get me wrong – I really enjoyed these puzzles, but they weren't a perfect fit for the room.

I also had feedback from one of my team members that she felt like there were a couple of bottlenecks in the room design.  There are a couple of manual tasks in the room that require only 1 or 2 players to complete.  This particular player felt like she was standing around watching others complete those tasks and this detracted from her enjoyment of the room.

We managed to escape in around 35 minutes and 55 seconds, which was 3 minutes off the record.  Based on this time, I think the room could afford to have an extra puzzle or two (or perhaps a more in depth final puzzle).

Mexican Cartel is a fun room.  It is a little dark for young kids but the quality of the theming and puzzles is very strong.

Overall Rating:       A very strong room with fun, dexterous puzzles (but not suitable for young kids)